Boys And Girls Get Different Milk 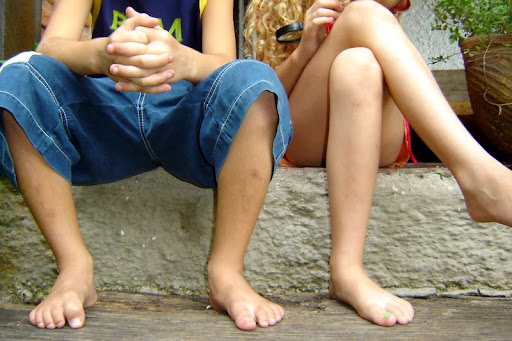 You've probably noticed by now, but men and women are different, biologically. Our bone structure is pretty distinct, the plumbing is all different, and unless gynecologists get their hands on some Arnold Schwarzenegger science, men won't be giving birth anytime soon. And that's not all. Women live longer than men, guys are better at handling sleep deprivation, and ladies are pretty amazing when it comes to spotting colors.

We also get different milk as babies.

In a study done on rhesus macaques, a mother's milk changed depending on whether she gave birth to a male or female. If Momma Macaque had a boy, her milk would contain 35 percent more fat than if she'd had a girl, and it would be loaded down with proteins. That's probably because young male monkeys are more active and need that extra energy. But if Momma Macaque had a daughter, her milk would be high in calcium to give that girl strong bones. In addition to the extra minerals, female monkeys drink higher quantities of milk than males, and over time, their fat intake eventually equals their brothers'.

Animals besides macaques make different milk. Cows, gray seals, and red deer do it, too-and so do humans. Scientists from Michigan State University ran tests on 72 Kenyan women and found that they produce fattier milk for boys than for girls. Other differences are even weirder. For example, they found that poor mothers produce creamy milk for their girls, but well-to-do mothers from Massachusetts produce milk with more energy for boys. So not only is human milk different for boys and girls, it also seems to change based on social circumstances.

While multiple theories explain why mothers produce different kinds of milk, scientists have yet to figure it all out. Many researchers think this discovery should influence the way companies produce milk formula for infants. Those early days of milk-drinking have a lasting effect on the way kids develop, and scientists suggest that businesses should adapt their products to suit different sexes.