Consumers Missing Out on Health Benefits of Seafood Consumption 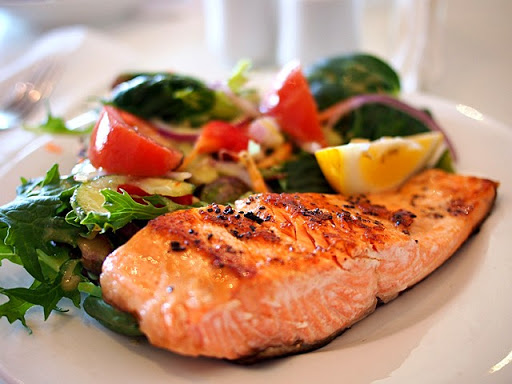 Americans should be eating more seafood, which would help them meet the Dietary Guidelines and contribute to a healthier diet, according to ARS studies

While most U.S. consumers eat some seafood, the amounts are inadequate to meet federal dietary guidelines, according to studies conducted by U.S. Department of Agriculture (USDA) scientists. Both fish and shellfish, referred to as "seafood," are nutrient-rich protein foods, and consumption has been associated with reduced heart disease risk.

Agricultural Research Service (ARS) nutritionist Lisa Jahns led a study with colleagues based on an evaluation of food-intake data collected from a representative sampling of the U.S. population. The data were collected during the national survey known as "What We Eat in America/NHANES." Overall, about 80 to 90 percent of U.S. consumers did not meet their seafood recommendations. Jahns is with the ARS Grand Forks Human Nutrition Research Center (GFHNRC) in Grand Forks, North Dakota.

Additionally, a review of published studies that explored fish consumption's link to heart health pointed to consistent evidence supporting a reduced risk of heart disease due particularly to eating oily fish. The review was led by GFHNRC nutritionist Susan Raatz. EPA and DHA are abundant in oily fish such as salmon, mackerel, herring, sardines, anchovies, trout and tuna.

In the published study, Raatz and colleagues concluded that getting the message of the benefits of fish consumption to consumers is key and suggested a public-health education program on the health benefits of eating fish.
Was this article helpful? Yes -0 No -011 Posted by: 👨 Cynthia D. Daniel