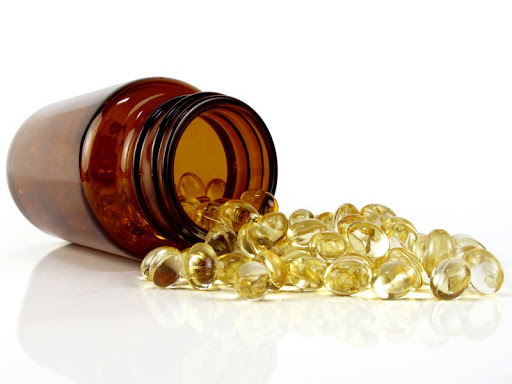 Here are some startling statistics: One in three American adults suffers from some type of cardiovascular disease. Of those, one person dies every 37 seconds. The good news is that since 1999, the number of people who die from heart disease has dropped by more than 25 percent. But as you can see, heart disease remains the No. 1 killer in America more than cancer, diabetes, or even accidents. Many of these people killed by heart disease were under the age of 65 and more than half were women.

Your heart is a complex and magnificent organ. Although it only weighs between 8 and 14 ounces, this hollow muscle is responsible for circulat-ing blood throughout your entire body. When it's working properly, a healthy heart beats 100,000 times a day. These rhythmic contractions send oxygen-rich blood and nutrients to the body's tissues. By the time you are 70, your heart will have beaten nearly 2.6 billion times and pumped some 35.8 million gallons of blood.

Your heart is divided into two halves, each designed to direct blood in one direction only. The right half receives the blood returning from every part of your body after the oxygen has been used by the tissues and organs. The right half then pumps this oxygen-deficient blood into your lungs through a vessel called the pulmonary artery. There, the blood picks up oxygen before traveling to the left half of your heart. Think of the heart as the ultimate recycler.

Once this newly oxygenated blood makes its way back to the left side of your heart, it is pumped into the aorta, the largest artery in your body. From there, the process starts all over again, as the blood is sent to all of the other arteries in your body. So you can see how important it is to have healthy coronary arteries.

The inner lining of these arteries is made up of cells called endothe-lial cells. When these cells are healthy, they maintain the normal tone of the blood vessels through their effect on the smooth muscles in the outer part of the vessel wall. The endothelium also plays an important role in controlling the stickiness of platelets (small cell fragments in the blood). Although these platelets help stop bleeding when you cut yourself, they also cling to any tears in the blood vessels' lining and can narrow the arteries.

Heart disease begins when plaque builds up and eventually narrows the arteries, a condition called atherosclerosis. Plaque is a fatty substance made up of cholesterol and triglycerides along with calcium and a blood-clotting material called fibrin, which causes the endothelial cells to mal-function. In response, the endothelium releases a chemical that creates a sticky surface that attracts other cells. Over time, this buildup narrows the arteries and causes blood flow to slow. Ultimately, this narrowing will prevent the heart from getting the oxygen and nutrients it needs to function properly.

When it comes to cardiovascular health, omega-3 fatty acids have at-tained almost magical status. Fish oil is so heart healthy that Europeans who have suffered a heart attack are instructed to take an omega-3 fatty acid supplement when they are released from the hospital.

Americans are starting to catch on. The American Heart Association (AHA) now recommends that all Americans eat foods rich in omega-3 fatty acids at least twice a week. For those with heart disease or high trig-lyceride levels, the AHA advises taking fish oil supplements. The FDA also maintains that "consumption of omega-3 fatty acids may reduce the risk of coronary heart disease."

Most recent studies show that people who eat fish at least once a week have a 60 percent lower risk of heart disease than those who rarely eat fish. Case in point: In Lisbon, Portugal, scientists compared the differences in heart disease between a fishing village and an inland rural village on the island of Madeira. The results were startling. Death rates from heart dis-ease in the fishing village were a mere 310 per 100,000 men compared to more than 1,200 per 100,000 in the rural village.

Closer to home, researchers at the University of Oregon found that vol-unteers who ate salmon every day for four weeks lowered their risk of atherosclerosis by preventing platelets from sticking together. These find-ings were confirmed by a double-blind, placebo-controlled trial at Massa-chusetts General Hospital in Boston, which found that small amounts of fish oil the kind found in salmon and tuna inhibit platelet aggregation and lower triglycerides.

High blood pressure, technically called hypertension, is a condition that occurs when the pressure inside your large arteries is too high. Also dubbed "the silent killer," high blood pressure affects 73 million Ameri-cans. According to the American Heart Association, high blood pressure was directly linked to 54,707 deaths in 2004 a 26.6 percent increase from the preceding decade.

Since high blood pressure rarely shows any symptoms, it's easy to miss until it's too late. A 50-year study by the National Heart, Lung, and Blood Institute (NHLBI), known as the Framingham Heart Study, found that half of all people who have suffered a first heart attack also had moderate to high blood pressure.

When scientists at Harvard looked at 31 clinical trials of people with high blood pressure, they found that supplementing with fish oil signif-icantly lowered blood pressure. The evidence is so compelling that the American Heart Association now recommends omega-3 fatty acids to sup-port healthy blood pressure.

It's interesting to note, however, that DHA, rather than a combination of DHA and EPA, appears to have the most impact on blood pressure. And DHA's influence on blood pressure may start at an early age. At least one physician speculates that infants who get plenty of omega-3s during the last trimester of pregnancy and the first few months of life are more prone to healthy blood pressure levels when they become adults. All the more reason for new and expecting mothers to make sure they are getting plenty of omega-3s through food and supplementation.

When you have blood taken to check your cholesterol levels, the lab also looks at your triglycerides. Triglycerides are a type of fat found in the bloodstream and in adipose (fat) tissue. After you eat, the extra calories you don't use are converted to triglycerides and stored as fat tissue for fu-ture use. Later, hormones trigger the release of triglycerides for energy be-tween meals. If an excess of triglycerides is released into the bloodstream, they can combine with LDL (bad) cholesterol particles and travel to the arteries where they harden into plaque and eventually narrow your arter-ies, putting you at an increased risk for a heart attack or stroke.

Numerous studies suggest that omega-3 fatty acids can significantly lower triglyceride levels. One study in the American Journal of Clinical Nu-trition found a reduction in triglycerides when people were given more omega-3s than typically found in a single serving of fish (about 3 grams of DHA a day). In fact, for people with very high triglyceride levels, the AHA recommends 2 to 4 grams of DHA plus EPA a day. Unless you're a serious fan of fish, this requires extremely high levels of a fish oil supplement.

People with high triglycerides often have unhealthy cholesterol levels as well a combination that is particularly dangerous. Cholesterol, a wax-like fatty substance produced in the liver, has gained a reputation as the primary risk factor for heart disease. But cholesterol isn't necessarily bad. In fact, our bodies need some cholesterol to form cell membranes and to make sex and steroidal hormones, including estrogen, testosterone, and cortisol. The trouble begins when we have too much of the wrong type of cholesterol and not enough of the good.

Low-density lipoprotein (LDL) is often called "bad" cholesterol because it, along with triglycerides, sticks to arterial walls and contributes to plaque buildup. High-density lipoprotein (HDL), on the other hand, carries cho-lesterol out of the arteries and is known as "good" cholesterol. What really matters is the ratio of LDL to HDL. Scientific evidence suggests that LDL levels should not exceed HDL levels by more than four to five times. For example, if HDL levels are 60 mg/dL and LDL are 180 mg/dL or three times greater than HDL cholesterol is within an acceptable range.

Supplementing with fish oil can give your HDL levels a boost. People who follow a Mediterranean-style diet high in omega-3 fatty acids tend to have higher HDL cholesterol levels. So do Inuit Eskimos, who consume high amounts of omega-3 fatty acids from fatty fish.

Omega-3 fatty acids don't just increase the good cholesterol; they also inhibit the synthesis of very low-density lipoprotein (VLDL) cholesterol in the liver. VLDL is particularly damaging because it contains high levels of triglycerides and contributes to the buildup of cholesterol on the walls of arteries. But there is some evidence that taking DHA and EPA can lower VLDL levels by 42 percent.

The people who took part in the Vectomega study to lower triglycerides also found that their total cholesterol was reduced by 10 percent. Better yet, their HDL levels went up an impressive 13 percent. How could such a low total amount of DHA and EPA have such a dramatic impact on lipids when most studies show that you need to take a daily dose of at least 3,400 mg of traditional fish oil to see similar results? Because, ac-cording to an analysis by the independent French research firm NutriNov, Vectomega is 50 times more absorbable across the cell membranes than traditional fish oil supplements so less is actually more!

While cholesterol levels and blood pressure are important indicators of a healthy heart, there is another culprit that can affect the health of your arteries: inflammation. Inflammation is now recognized as an important contributing factor to atherosclerosis and heart disease. While short bouts of inflammation help the body heal itself from injury or infection, long-term episodes of inflammation within the arteries can do great damage. It seems that plaque is naturally drawn to the site of inflammation, and as the years pass, layer after layer of plaque is deposited inside the artery, eventually causing many of the symptoms of cardiovascular disease, in-cluding strokes and heart attacks.

One of the best ways to determine inflammation levels is by measuring C-reactive protein, or CRP. CRP is produced in the liver and is a strong pre-dictor of a first-time heart attack, even in cases where cholesterol levels are normal. In one study, Harvard researchers reviewed the data from 1,086 men participating in the Physicians' Health Study and found that those with the highest CRP levels were three times more likely to suffer a heart at-tack and twice as likely to have a stroke as the subjects with normal levels. Other studies have also detected CRP in atherosclerotic lesions, where it has been found to attract white blood cells called monocytes and increase the production of sticky molecules in endothelial cells.

Because fish oil naturally fights inflammation, it's no surprise that the evidence is mounting for its use to lower CRP levels. People with low amounts of DHA and EPA circulating in their blood have higher CRP lev-els. But when people were given supplemental omega-3s, their CRP and triglyceride levels dropped significantly.

You may already be taking fish oil supplements as a way to protect your heart. But as you've seen, most of these supplements contain relatively small amounts of biologically active EPA and DHA which is why you must take up to 16 fish oil capsules each day. Not only are these supple-ments quite large, they can produce fish breath and other unpleasant side effects. I recommend Vectomega because it can help promote heart health with just one or two tablets daily, and so patients are more apt to comply.