Most important meal of the day? Skipping breakfast may be linked to poor heart health 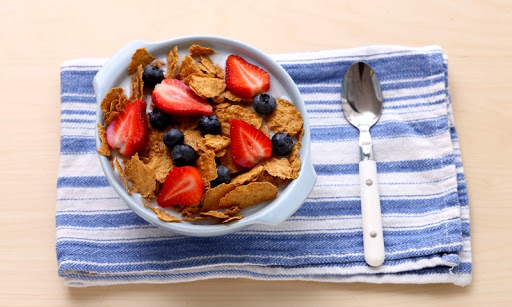 Study suggests those who miss breakfast have a greater buildup of fatty material in their arteries, likely to be down to indirectly linked lifestyle effects
From the full English to a continental croissant, the importance of a hearty breakfast has long been debated - now scientists say skipping the morning meal could be linked to poorer cardiovascular health.
The findings reveal that, compared with those who who wolfed down an energy-dense breakfast, those who missed the meal had a greater extent of the early stages of atherosclerosis - a buildup of fatty material inside the arteries.
But, the researchers add, the link is likely to be down to indirect effects.
"People who skip breakfast, not only do they eat late and in an odd fashion, but [they also] have a poor lifestyle," said Valentin Fuster, co-author of the research and director of Mount Sinai Heart in New York and the Madrid-based cardiovascular research institute, the CNIC.
The research is part of a larger study that will follow the participants over a decade or more to see how disease in the arteries progresses.
Published in the Journal of the American College of Cardiology, the research looked at the health and diets of 4,052 middle-aged bank workers, both men and women, with no previous history of cardiovascular disease.
At the start of the study, which is partly funded by the Spanish bank Santander, participants completed a detailed questionnaire into what they had eaten and when over the previous 15 days.
Body mass index, cholesterol levels and other measures were collected, together with data including the participants' smoking status, educational attainment and level of physical activity. Imaging techniques were used to track the extent of the early, sub-clinical stages of atherosclerosis in six arteries, including those around the heart, thighs and neck.
The results reveal that, compared to those tucking into more than 20% of their daily calories at breakfast, those who consumed next to nothing for breakfast had a greater extent of atherosclerosis.
While almost 57% of those eating a high-energy breakfast had sub-clinical atherosclerosis, the figure was almost 75% among those who skipped the meal. The trend held once factors including age, sex, smoking status, high blood pressure, diabetes and waist circumference were taken into account.
That, say the authors, suggests the pattern of eating, and the amount consumed, is of importance, with Fuster convinced that skipping breakfast disrupts the body's internal clock, meaning that individuals end up eating more calories and at unusual times.
"Skipping breakfast in the morning by itself is not the problem; the problem is what you eat afterwards," he said, adding that the study also found that those who skipped breakfast were - among other traits - more likely to be obese, have high blood pressure, frequently consume alcohol, smoke, and eat high levels of red meat.
But the study has limitations, not least that just 3% of participants said they missed breakfast, with the majority of breakfast-eaters consuming a low-calorie meal. Moreover, measurements were only taken at one point in time, and it isn't clear whether, for example, obese individuals were missing breakfast to lose weight.
Naveed Sattar, professor of metabolic medicine at the University of Glasgow who was not involved with the study, said that the research did not show that disruption of the body clock was behind the link. "It might be that there is something about having regular meals throughout the day that somehow regulates your appetite [and] means you don't over-consume calories - that there is something about eating breakfast per se - [but] I don't think you can answer from this study," he said.
But, he added, skipping breakfast could be a useful marker to help identify those who need encouragements and support with their lifestyle. "This is just a way to recognise people who have high risk," he said.
Was this article helpful? Yes -1 No -0676 Posted by: 👨 Cynthia D. Daniel